The Economic Community of West African States (ECOWAS) is a regional group of fifteen West African countries. Founded on 28 May 1975, with the signing of the Treaty of Lagos, its mission is to promote economic integration across the region.

We are recruiting to fill the position below:

Role Overview
Under the supervision of the Budget Officer, the incumbent shall assist with preparation of  periodic reports on budget transactions such as reports on the status of budgetary accounts at the Parliament.

How to Apply
Interested and qualified candidates should download the Application Form below, fill it out correctly; attach a Curriculum Vitae (CV) and a Motivation Letter and send to: [email protected] using the Job Title as the subject of the email.

Apply for this job 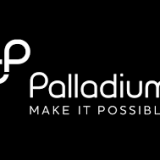 Before the creation of ECOWAS, the collective territory known as West Africa, from a regional point of view, was made up of an aggregation of states that had emerged from different colonial experiences and administrations which largely defined the boundaries of the 15 states domiciled in the area.

Even though member states of the community, today make use of three different imported official languages (English, French and Portuguese), there are well over a thousand existing local languages including cross-border native tongues such as Ewe, Fulfulde, Hausa, Mandingo, Wolof, Yoruba, Ibo, Ga, etc. that constitute its over 300 million people tucked in a vast land of about 5.1 million square kilometres.

Prior to colonialism, the area played host to many proud empires and kingdoms that spanned centuries some of which included Ghana, Mali Songhai, Wolof, Oyo, Benin and Kanem Bornu.

The region’s cultural, linguistic and ecological diversity presents both opportunities and challenges for the integration process. The longing to combine forces politically and economically has always been recognised as a step forward in the desire to engender co-prosperity in the area.

In this regard, the first effort at integration dates back to 1945 with the creation of CFA franc that brought the francophone countries of the region into a single currency union. Then in 1964, Liberian president William Tubman proposed an economic union for West Africa leading to an agreement which was signed in 1965 by the four states of Cote d’Ivore, Guinea, Liberia and Sierra Leone.

However, nothing concrete emanated from these until 1972 when Nigerian head of state Gen Yakubu Gowon and his Togolese counterpart Gnassingbe Eyadema toured the region in support of the integration Idea. Thanks to the drafts that emanated from their efforts as they formed the basis for the emergence of the treaty of Lagos in 1975 which birthed ECOWAS. The treaty of Lagos was initially limited to economic policies but emerging political events led to its revision and therewith the expansion of scope and powers in 1993.

ECOWAS is meant to foster interstate economic and political cooperation. History is on its side in this regard. Dating back to pre-colonial times, West Africans have been among the world’s most mobile populations although much of the migration had been intra-regional. About 7.5 million West African migrants (3 percent of the regional population) are living in ECOWAS countries other than their own. The 1.2 million other migrants are dispersed mainly in North America and Europe. Estimated at about 149 million in 2013, women constitute over 50 percent of the region’s population. The cross-border migration of women as traders and business persons places them as potential champions for promoting integration, even though this is a reality that is yet to be fully exploited.

Over the last few years, West Africa’s population witnessed strong growth, increasing from 70 million to nearly 300 million inhabitants between 1950 and 2010. By the end of 2014, it represents nearly 40% of the population of sub-Saharan Africa. According to the projections of the United Nations, the population of West Africa should reach between 550 and 600 million by 2050. It is the youngest region of the world. Also, with about 5 percent of the world’s population, with an area covering over 40 percent of sub-Saharan Africa, West Africa is the most densely populated on the continent.

The diverse socio-cultural dimension of development should be a necessary building block for establishing peace and security in the region. Drawing strength from its past, leaders of the community have been making sacrifices to keep the shape of the political structure of the region. In 1976, Cape Verde, one of the two Lusophone countries in the region joined ECOWAS, and in December 2000 Mauritania withdrew its membership, having a

At all times, ECOWAS chief executive officers presiding either as Executive Secretaries or Presidents, deferred to the supreme organ of the community-the Authority of the Heads of State of Government for guidance. This body is usually headed by a Chairman. There have been 28 such Chairmen between 1978 to 2015.

The Economic Community of West African States (ECOWAS) is a regional group of fifteen West African countries. Founded on 28 May 1975, with the signing of the Treaty of Lagos, its mission is to promote economic integration across the region.

How to Apply Interested and qualified candidates should download the Application Form below, fill it out correctly; attach a Curriculum Vitae (CV) and a Motivation Letter and send to: [email protected] using the Job Title as the subject of the email.Click here to download Application Form (Ms Word)Click here for more information