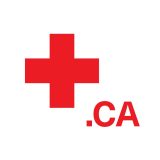 We are an independent Italian NGO founded in Milan by Father Vincenzo Barbieri on April 15 1965.

For 50 years we have been dedicated to breaking the cycle of poverty and to supporting populations affected by wars, socio-economic crises or natural disasters in their path to recovery and sustainable development, by making use of the professionalism of local and international operators, and through our partnerships with public and private bodies and civil society organizations.

Today we are present in 24 countries in Africa, the Middle East, Latin America and the Caribbean, with 150 humanitarian projects reaching almost 2,400,000 people. Since 2006 we have been providing food, education, health and protection to thousands of children in 8 countries through our child sponsorship programs.

COOPI - Cooperazione Internazionale is an Italian Non-governmental Organization for Cooperation and Development, founded by Father Vincenzo Barbieri in 1965. Over the last 50 years COOPI has aimed at breaking the cycle of poverty and supporting population affected by wars, socio-economic crisis or disasters in order to encourage resilience and sustainable development. COOPI is currently involved in 24 countries in Africa, Middle East Latin America and Caribbean with 150 humanitarian projects that reach nearly 2 million and 400 thousand people.

It stands at the international level for: - the care of maternal and child malnutrition; - food security interventions; - protection of war victims (women, girls subjected to abuses by armed groups and child soldiers); - the promotion of the rights of indigenous peoples; - the introduction of renewable energy; - disaster risk reduction.

Every project aims to protect women, children and environment. The financial statement is certified by an audit company. 2014 final budget is more than € 30 million and 600 thousand, 93% of which was used for interventions in the Southern World and 7% to fund the Organization. The funds come mainly from institutional donors, above all from the European Commission. Since 2006 it has also been involved in the Child Sponsorship Programme in 8 countries, providing food, education, health and protection to 2,712 children. COOPI employs 125 expatriates and 3,800 local operators. In Italy it employs 50 employees, 15 co-workers and 653 volunteers. From 1965 to 2015, COOPI – Cooperazione Internazionale has helped 100 million people in 63 Countries, by employing 55,000 local workers in 1,600 projects.

COOPI aspires to a world without poverty, a world in which the ideals of equality and justice, sustainable development and social cohesion can be achieved, thanks to the coming together and cooperation of its peoples.

Through the commitment, motivation, determination and professionalism of its staff, COOPI aims to contribute to the process of fighting poverty and developing the communities with which it cooperates all over the world, intervening in situations of emergency, reconstruction and development, in order to achieve a better balance between the Global North and the Global South, between developed areas and deprived or developing areas.