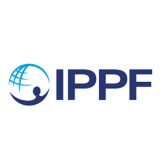 In the early 1950s, a group of women and men started to campaign vociferously and visibly for women’s rights to control their own fertility.

Family planning as a human right challenged many social conventions. Campaigners faced great hostility to gain acceptance for things that we take for granted today. Some were imprisoned. But they emerged determined to work with different cultures, traditions, laws and religious attitudes to improve the lives of women around the world. And so, at the 3rd International Conference on Planned Parenthood in 1952, 8 national family planning associations founded the International Planned Parenthood Federation. IPPF.

60 years later, the charity is a Federation of 152 Member Associations, working in 172 countries. It runs 65,000 service points worldwide. In 2011, those facilities delivered over 89 million sexual and reproductive health services.

Each Regional Office oversees, promotes and distributes core funds to Member Associations in the Region.

Each Region sends 4 representatives to the biannual Governing Council which determines the Federation’s global policy. Volunteerism is central to IPPF’s ethos and millions of volunteers work with the Federation around the world.